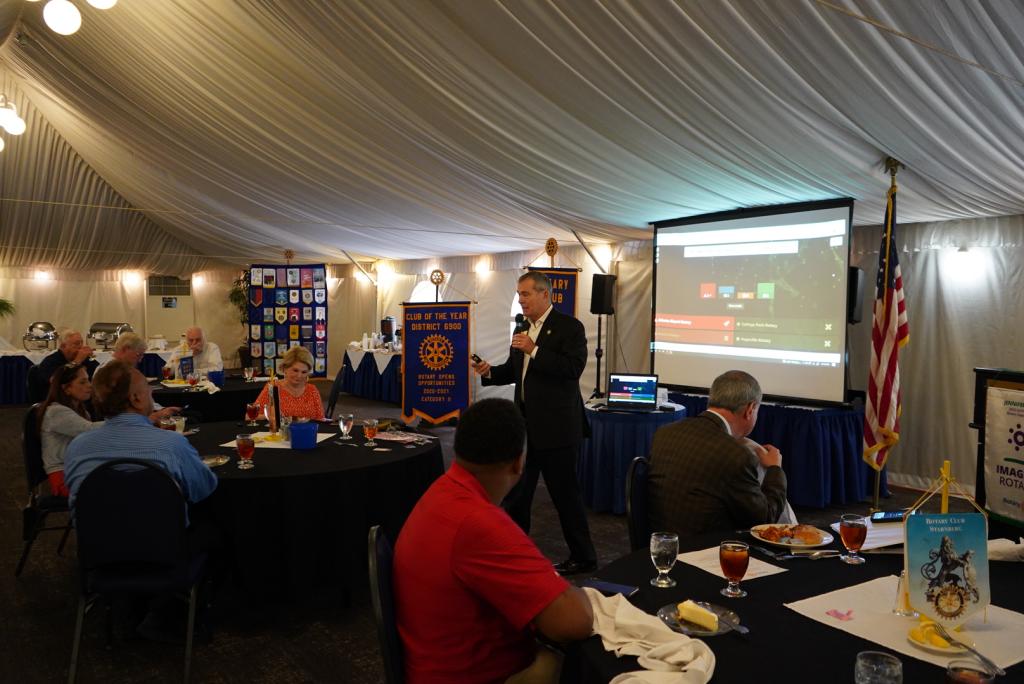 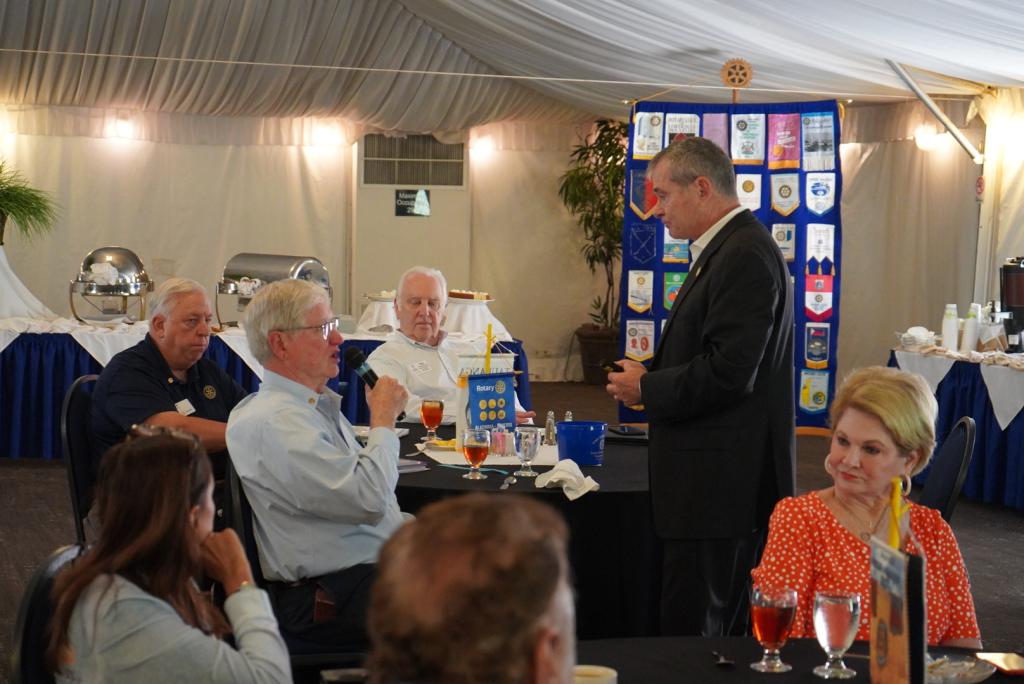 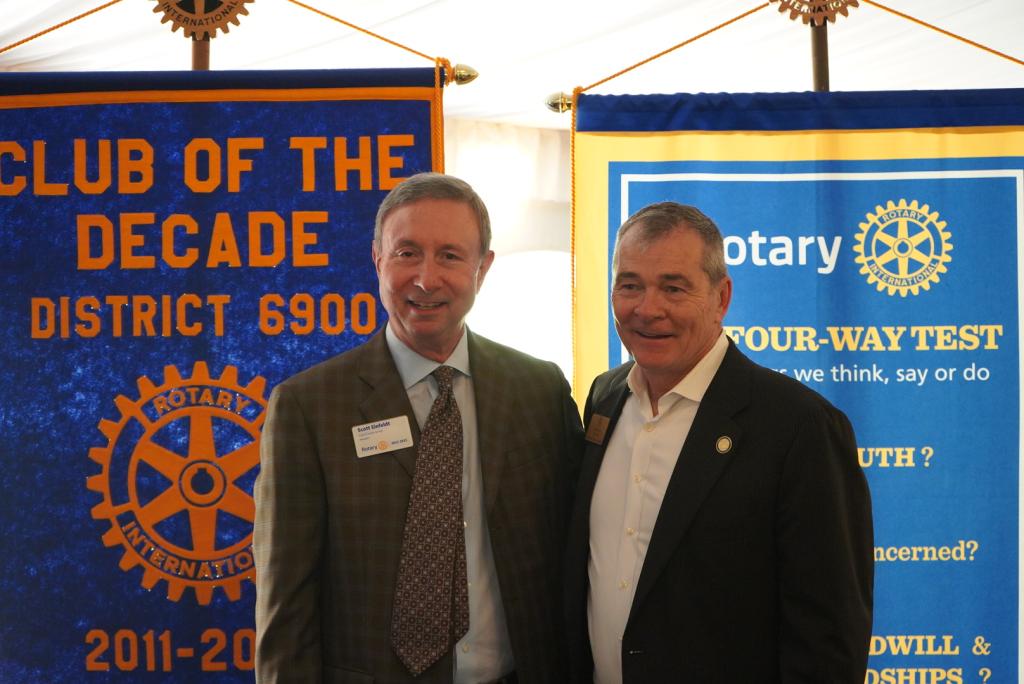 Monday, August 29th The Rotary Club of Sandy Springs had the pleasure of hearing Commissioner and Vice-Chairman of the Georgia Public Service Commission, Tim Echols speak.

Tim gave an interactive presentation that allowed the crowd to compete against each other by guessing the correct answers to questions on Tim's life and the happenings in the Energy space for the state of Georgia.

Shortly after graduating from UGA, Tim and his wife Windy founded TeenPact, a training experience for conservative high school students. The program began at the Georgia Capitol and now operates in all 50 states, having trained 60,000 students. After building TeenPact, Echols ran for and was elected to statewide office in 2010 serving as Public Service Commissioner.

The PSC's primary job is energy regulation. When Echols took office, Georgia was 34th in solar power. Now, the state is 9th in the nation for installed solar. In 2020, Conservatives for Clean Energy dubbed Echols the "Solar Architect of Georgia." Georgia will be 4th in installed solar by 2024.

Echols has also created the Clean Energy Roadshow that has traveled the state every summer for the last eleven years. This educational event travels to cities around the state helping commuters, businesses and municipal governments evaluate alternative fuel for their transportation and residential use.

Tim authored the December 2017 motion to keep Plant Vogtle moving forward. He believes carbon-free nuclear energy plus solar is the way forward for Georgia. He has represented the United States at the World Nuclear Exhibition for the last eight years.

Most recently, Tim rallied donors and the solar community to build and donate to the Hog Hammock Foundation a 16-panel solar pavilion for the community library on the remote island off Georgia’s coast. Sapelo is the home of one of the last remaining Gullah Geechee communities and this array provides free electricity to the library for the next 30 years. With help from YellaWood, Southern Current and EDF Renewables, Echols led the way to build this lasting asset.

Thank you for coming to speak to the Club and for your service to the great state of Georgia, Tim!