Club News
Commemorating 100 Years of Service Above Self in Thomasville 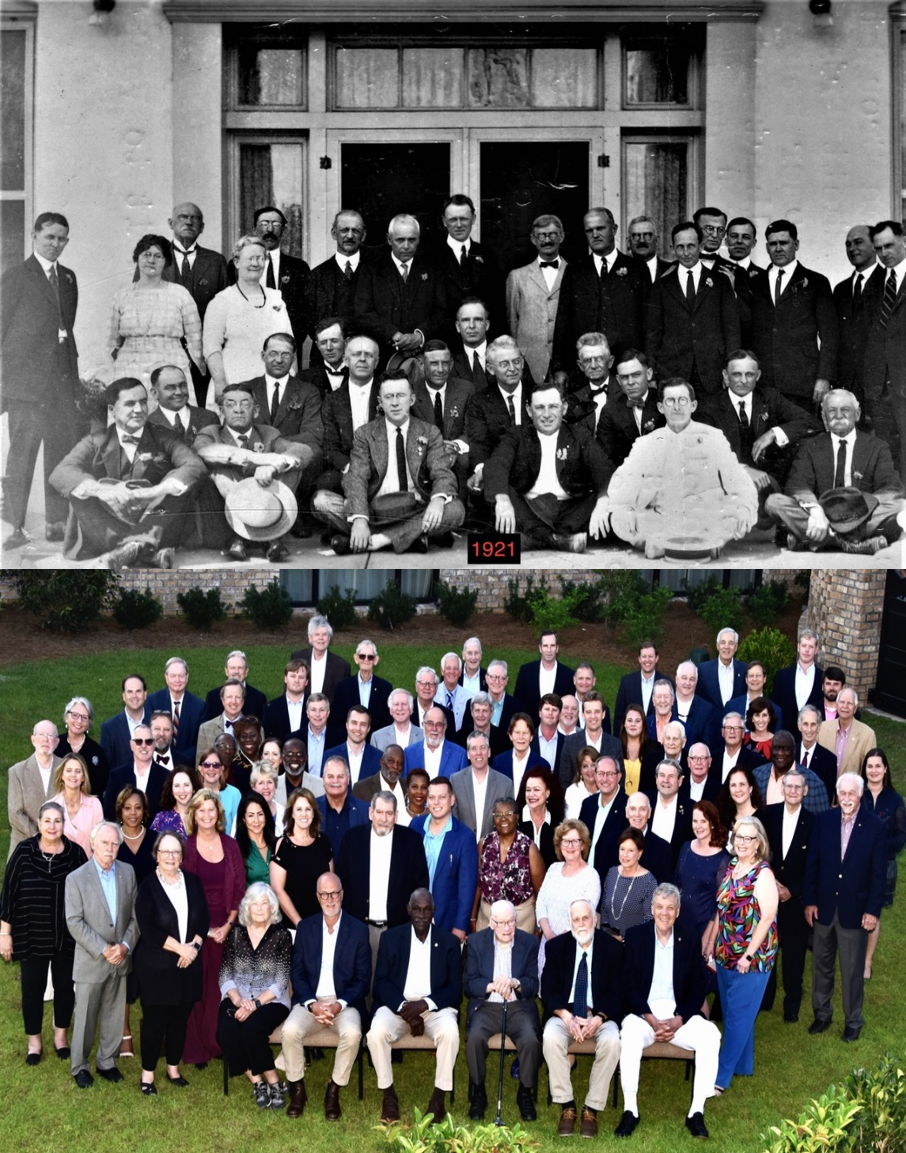 The Rotary Club of Thomasville was officially launched in the first week of May 1921. Exactly 100 years later, 82 members of the club gathered to commemorate the occasion; by far the club’s largest turnout since the start of the pandemic. Among those who participated in the club’s birthday celebration were two very special members: 66-year member, Oscar Mims and 50-year member, George Stephens. Shown here is a photo from the 1921 founding of the club, followed by a 2021 photo.

100 years later, the club has grown in size and diversity… and most importantly, it has also grown its impact in the community.