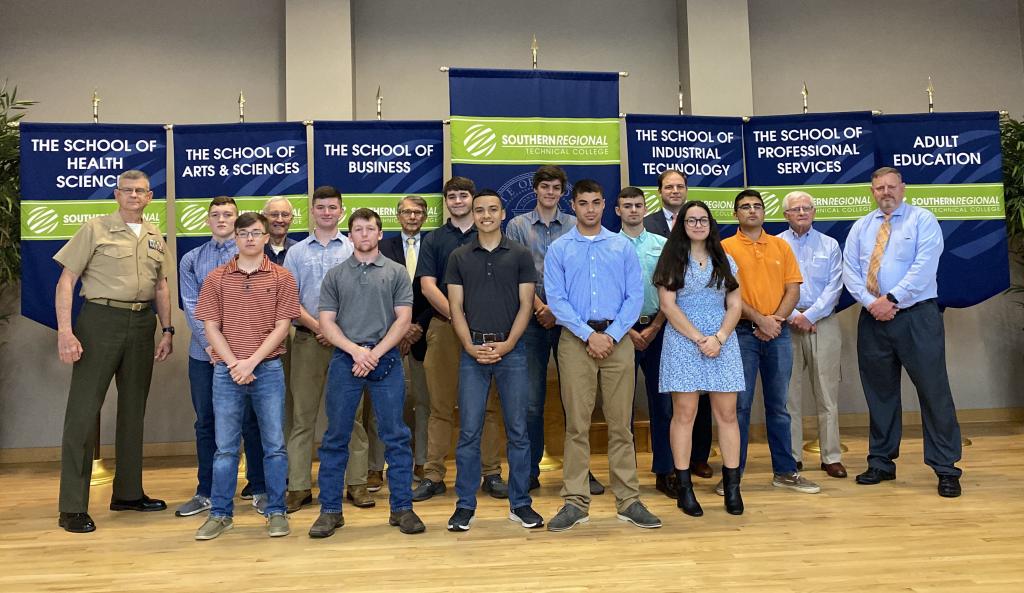 The Rotary Club of Moultrie held its First Annual “Salute to Service” honoring local high school seniors who have chosen to enter military service after graduation, as the club felt that such an incredible example of "Service Above Self" deserved to be honored.

Working with the staff at Colquitt County High School and local recruiters, it was determined that 16 students have committed to military careers after high school. Moultrie has several veterans in membership, and six of them - Warren Taylor, Wayne Cooper, Doug Howell, Terry Turner, Chas Cannon, and Mike Wyche - shared words of wisdom and encouragement with the students. PDG Raymond Ray helped president Jaclyn Donovan present each student with a Moultrie Rotary challenge coin that was specially struck for the occasion. Southern Regional Technical College played host to the event in its conference center and lunch was catered in for the group. The event was so well received by everyone involved that the 2nd Annual “Salute to Service” is already in the works.