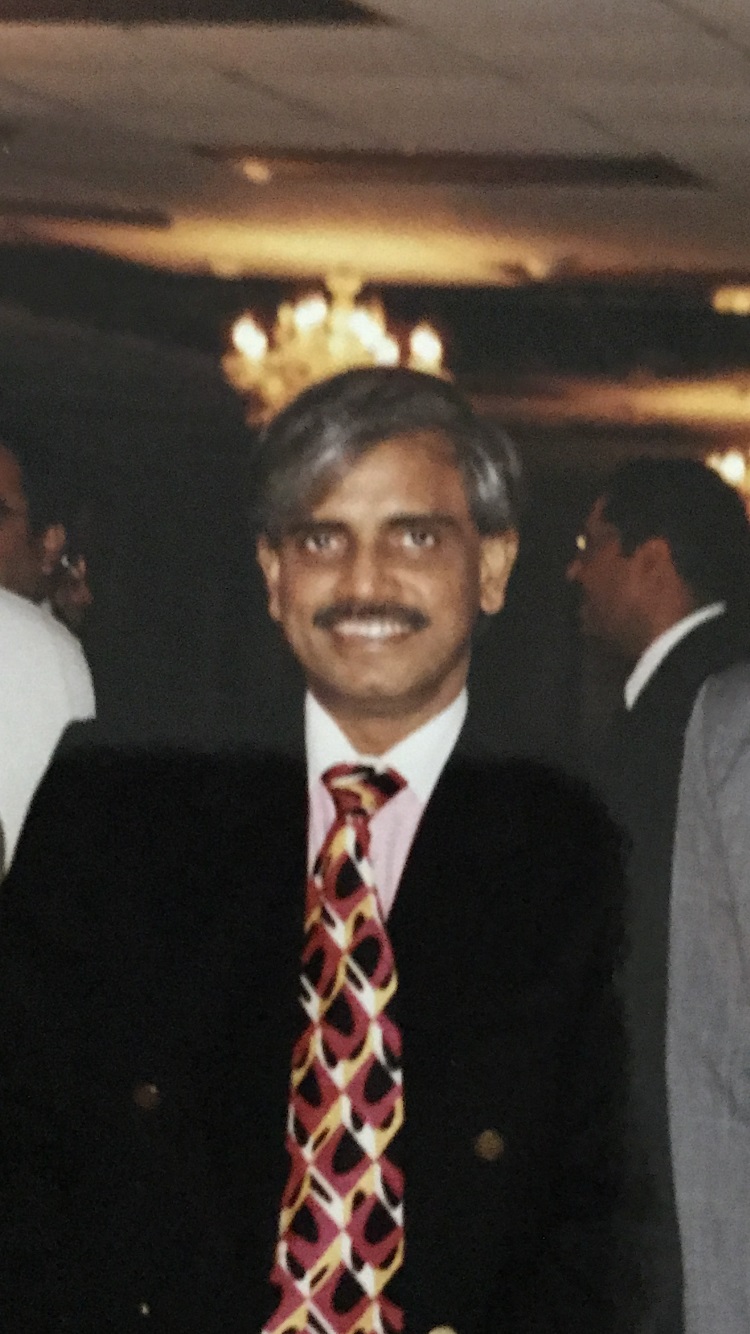 On June 25, 2020, when Palamalai Mahizhnan, MD died, the Rotary Club of Lake Spivey/Clayton County, the region we serve, and the broader world of Rotary lost a respected citizen, a humble and generous friend, and a quietly effective leader. About eight years ago, PM, which we called him for ease of pronunciation, was diagnosed with a crippling illness for which there is no cure. PM accepted the diagnosis with his usual positive attitude. An oncologist, he continued his medical practice until about a year and a half ago. He also continued his participation in Rotary until only a few months ago, including attending several of our virtual meetings on Zoom. He is survived by his wife of 40 years, Ms. Karpagam Mahizhnan, and a daughter, Ms. Madhavi Mahizhnan, of Louisville, Kentucky.

PM graduated from Thanjavoor Medical College, an affiliate of the University of Madras in India, at the top of his class, followed by a residency in pathology at Harlem Hospital of Columbia University, New York, another residency in internal medicine, and then a fellowship in hematology and oncology at the Medical College of Georgia, after which he established his practice—serving Atlanta’s Southern Crescent for 35 years. In describing the work of Dr. PM, a physician colleague said, “Most of the physicians in this area sought his help to take care of themselves and their families…. He saved a lot of lives with his expert and compassionate care – including someone near and dear to me…. Dr. PM embodied the true spirit of a physician, dedicated to the art of healing his whole life.

At the personal level, colleagues describe him as friendly to all, available when needed, and interested in things and events he encountered. As a hobby, for example, he studied ancient texts in the Tamil language, the mother tongue of Tamilnadu, which is the region of India where he was born in 1949. PM also became a world traveler but correspondingly, to quote a colleague, “he chose to live in a modest home all his life, did not drive flashy cars.” Instead, he became a philanthropist, but always quietly, never seeking attention for his generosity. In doing so, he donated frequently to charities in his home country of India, supporting individuals for their educational needs, and also in America where in addition to other generous acts he became a Rotary Foundation Level Four Bequest Donor, meaning he provided the Rotary Foundation a $100,000.00 gift in his will.

When PM made the Level Four commitment in such an authentic and quiet way and in the context of how he has lived in other circumstances, he provided an important incident of leadership by example. Our Foundation Director has commented that soon after PM made his commitment, several other club members expressed interest in being Bequest donors. PM truly demonstrated a life of generous friendship, service above self, and quiet leadership.